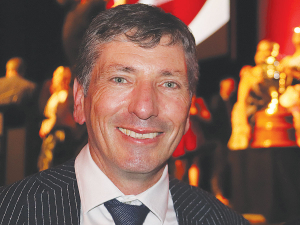 A chance to celebrate all the good work being done in the red meat sector and tell this to the nation.

That's how the Beef+Lamb NZ chief executive Sam McIvor is describing the new awards being organised by the industry good organisation. He says the Beef+Lamb New Zealand Awards will celebrate the people, the science, technology and innovation that makes NZ's red meat sector world-leading.

“It is the first time that the red sector has had an opportunity to showcase its excellence, to the industry and the wider public, through an event such as the Beef+Lamb Awards,” McIvor says. “I really encourage anyone working within the sector to consider either entering or nominating a person or organisation that has, or continues to, make a difference to the productivity, profitability, sustainability or well-being of our sector.”

Farmlands are the platinum sponsor for the new awards.

Entries are now open and close at the end of August with the winners being announced at a Gala Showcase in Napier on 20 October.