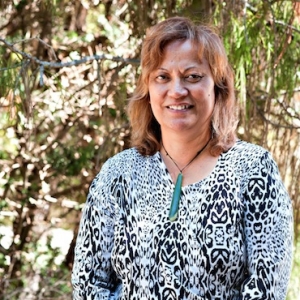 Jo Frew is not averse to tapping on the shoulder of students at Lincoln University if she does not recognise the face and feels she should.

She is Lincoln's new Māori and Pacific support coordinator and her role, to help those students achieve success, is part of an expanding multi-faceted approach by the University.

This year Lincoln will be offering its Diploma of Agriculture course within the agricultural initiative Whenua Kura – a Ngāi Tahu-led partnership between Te Tapuae o Rehua, Ngāi Tahu Farming and the University, which seeks to grow Māori leadership in agriculture.

The University has also created a new position of Professor in Māori and Indigenous Development.

These initiatives come under the University's Whenua Strategy, an organisation-wide overarching plan.

The strategy positions Lincoln University as a key enabler of Māori-relevant teaching and research to underpin a thriving land-based economy which offers Māori communities increased opportunities for social, cultural, and economic transformation.

Part of Frew's role is to monitor student progress and be someone they can come to for help.

"I will be the point of call for any issues — I can help identify support services."

It will be a busy introduction for Frew, as she also works at the LincolnFirst Telford campus near Balclutha, and in other parts of the country where the programmes are delivered.

With a background of 20 years in the Army as a medic, where she reached the rank of staff sergeant, as well as four years helping to run the Limited Service Volunteer course at Burnham and having her own business for 11 years, she is well qualified to deal with a wide variety of people.

She completed a Bachelor of Commerce in valuation and property management at Lincoln in 2010, so student life is still fresh in her mind.

Frew says initially she will seek to make contact with first-year students, but also plans to talk with staff to offer some advice on how teaching practices can accord with Māori ways and values.

She says many of the parents of Māori students are gratified to know their children have someone who was Māori to watch over them at Lincoln.

She says the range of cultures she works with include indigenous students from places such as Papua New Guinea.

To be effective in her role it is important to respect different values, beliefs and customs, as well as realise that different cultures behave differently, even over something such as asking for help.