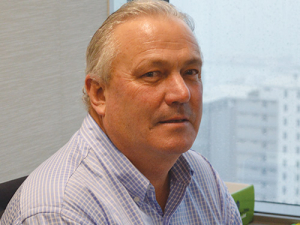 Cashmore, who represents the Franklin district on the council, says it is inevitable some land will be lost to urban expansion.

“But we must try to ensure our productive land does not get compromised. At the moment the elite soil on the western parts of Pukekohe is hard edged; there is no room for urban expansion there.

“I believe the quality growing soils of Franklin should be part of that. Houses can be built on less productive land.”

Horticulture NZ chief executive Mike Chapman says it is reassuring to see that Auckland City leaders well understand the value of the productive horticultural land in the district.

“What we ask is that they are aware of the consequences of decisions they make on healthy and nutritious food supply at reasonable cost to New Zealand communities, and to employment in the area.

“Pukekohe, Pukekawa, Tuakau, Onewhero and Te Kohanga offer uniquely fertile volcanic soils and a climate that enables year-round production, particularly of fresh, leafy green vegetables. This cannot be achieved in other areas of New Zealand due to unsuitable soils or climates.”

Providing more land for housing may not be the silver bullet. Cashmore pointed out that last year the council approved at least 12,000 sections for housing projects but only 7000 house were built.

“You allow a whole bunch of people to go into a rural production area and they will often complain and get a business to slowly shut down, or they will make it so difficult that the landowner will say ‘it’s just too hard’, and they subdivide their property.

“One tenets of the unitary plan is to keep rural land productive by reducing the incidences of reverse sensitivity.”

The council has a rural advisory panel that will meet bi-monthly; here councillors and senior staff discuss issues facing the rural community. There have been “open and frank two-way discussions” with real outcomes.

“That’s why we haven’t seen a whole plethora of rural complaints against the unitary plan.”

He is promising a similar approach to dealing with the health of waterways in the city.

“We will work with rural communities to deliver the best outcome for rural and for settlements.”

“We will work in all catchments to enable rural production to continue and clean up water quality to the best of our ability.

“There’s no ambition to arbitrarily impose impractical things on the rural community that are horrendously expensive to deliver and alienate our rural population; we want them to retain their businesses and enterprise in these areas.”