No Mycoplasma bovis at LIC 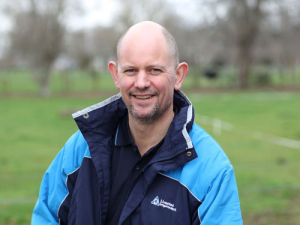 LIC chief executive Wayne McNee says it hasn’t found any sign of the disease Mycoplasma bovis in its bulls or semen.

He says the farmer-owned co-op is continuing to “fully comply” with all instructions from Ministry of Primary Industries (MPI).

“Protecting our bulls and their semen from Mycoplasma bovis is critical to us and critical to the dairy industry,” McNee says.

He was responding to social media chatter about LIC bulls and M.bovis.

On a Facebook page discussion, some farmers questioned why LIC bulls weren’t culled, given that some of them were bought from “infected farms”.

But McNee says all LIC bulls commercially available for AI were tested for M.bovis in September last year and were clear.

“As a precautionary approach we continue to routinely test semen and test any new bulls for M.bovis in isolation before they enter the main LIC bull farm.”

McNee confirmed that a specific bull purchased in January 2017 has been involved in an MPI trace. He says the bull was moved to LIC six months prior to when the herd in question received infected stock.

“Subsequent testing of this bull and all contacts by MPI and LIC have been clear,” he says.

“There is little evidence that freezing semen will impact M. bovis survival. Our focus is ensuring our bulls and their semen are M.bovis free regardless of whether the semen is delivered frozen or fresh.