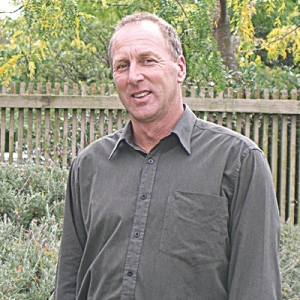 SEED OF Europe’s most notorious arable weed, blackgrass, has almost certainly been spilt in Canterbury prompting a cross-industry effort to try to contain the incursion.

The spill is along a 40km stretch of highway from Ashburton to Methven, caused by an ill-fitting lid on a steel container on an open truck, MPI response manager David Yard told Rural News.

The blackgrass seed was identified by MPI inspectors in a consignment of fescue seed from Denmark at a transitional facility at Rolleston after import through Lyttelton in May.

The importer, PGG Wrightson, had then, with MPI’s permission, moved the consignment to Ashburton, where it was debagged, put into bins, and transported to Methven for cleaning.

“This is where the major mistake occurred,” says Yard. “We had specified it had to be transported in an enclosed vehicle.”

About 28kg of the seedline was lost, which, based on the level of contamination MPI had found, probably contained about an eggcupful of blackgrass seed. “We estimate there would have been about 2100 blackgrass seeds lost.”

MPI germination tests on the blackgrass seed show it has low viability, likely because it was immature at the time of harvest of the fescue. “We anticipate that three or four blackgrass plants [from the spilt seed] will grow this year, and one or two plants in the second year. But those low numbers don’t mean there’s no risk, which is the only thing acceptable to the industry.”

The ministry is working with a range of industry bodies to determine the best course of action. Possibilities include allowing the seeds to grow and trying to identify and destroy any blackgrass plants that establish, before they set seed, and/or spraying the roadsides with selective herbicides.

Yard says he believes a combination of selective herbicide use and subsequent surveillance to be the best bet.

“We are working with scientists at FAR to determine which herbicides we could use. We’ve looked at the research in Denmark and the blackgrass there is resistant to quite a large number of herbicides so we would use that information to decide which selective herbicides we would use.”

Glyphosate or another broad spectrum-type product is an option but such a “scorched-earth” approach isn’t likely, he believes.

Yard says the blackgrass incursion is the only one MPI has recorded and that while there was a mistake in the transportation of the product within New Zealand, the real fault lies with the Danish exporter and authorities, as it was certified as being free from contaminants. “We will be taking this up with the Danish authorities.”

The Foundation for Arable Research says it is working with MPI, Federated Farmers and E-Can on identifying specific areas or properties along the stretch of road most at risk from the spill.

FAR chief executive Nick Pyke says while the volume and viability of the seed spilt was low, given its potential economic impacts it is vital all reasonable steps are taken to prevent establishment.

“Blackgrass, or meadow fox tail, is a serious invasive weed of winter crops in the UK and Europe, where it has developed resistance to many herbicides and is thus very difficult to control in a number of crops. It competes with crops for nutrients, light, water and space, out-competing crops and reducing yields.”

The weed is an annual grass that grows up to 1m tall, ie taller than most winter crops, with hairless leaves, an open sheath and rolled in the bud. The sheaths can be green or purplish and the seed heads are usually reddish-purple in colour, giving the appearance from a distance of black grass.

Blackgrass can mature within 100 days hence early reporting of any suspected incursions is vital, Pyke says.

PGG Wrightson Seeds says the spilt seed was part of a larger consignment of imported seed that was to be returned to its country of origin.

MPI was informed immediately the spill was discovered in late June.

“We are working with MPI and associated parties to determine the appropriate mitigation strategy and are co-operating with MPI’s investigation of the breach,” says PGW Seeds’ group general manager John McKenzie.

Eat your heart out dairy farmers: even if your pasture is the best in the country it won’t come close to amassing the feed/day a cereal crop can, judging by Foundation of Arable Research  (FAR) findings.