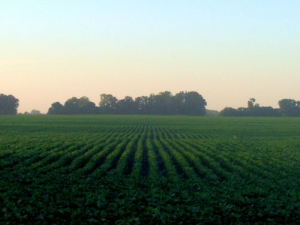 The PhotoSeed technology has direct applications in ryegrass, alfalfa and soybeans (pictured).

The 2015 NZBIO Conference Awards has announced their winners.

Roberts is a principal scientist at AgResearch and is also the co-founder of Algenetix and chief scientific officer of ZeaKal, both of which belong to the San Diego based Kapyon Ventures.

At AgResearch he has used synthetic biology to develop an internationally recognised technology called "PhotoSeed", which increases the photosynthetic capacity of crops, delivering increases in growth, yields and stored energy in crops used for animal feeds.

The PhotoSeed technology has direct applications in ryegrass, alfalfa and soybeans. Should there be a route to market for genetically modified forages in New Zealand it is predicted the increased energy and growth rates for those crops would be transformational for the NZ pastoral industry.

Aroa Biosurgery has also been named as New Zealand's Bioscience Company of the Year and New York-based Dr Shivali Gulab has been chosen as the Young Bioscientist of the Year.