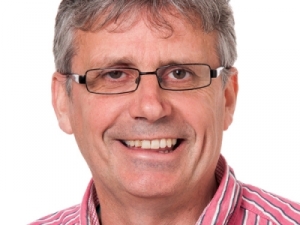 If the Brexit goes ahead New Zealand could lose its best ally in its struggle against European agricultural protectionism, says an agronomics expert.

With Britons going to the polls this week to vote on whether to stay as part of the European Union (EU), Professor of Agricultural Economics Alan Renwick, who left Ireland in 2015 to come to Lincoln, says New Zealand could be at the mercy of self-interested powerful lobby groups in the EU.

"The United Kingdom (UK) has been a strong force for moderating the excesses of the Common Agricultural Policy (CAP), one of the banes of New Zealand agricultural life," Professor Renwick says.

"With the UK away from the table what sort of protectionist policies will emerge from the French and others?" he asks.

"Two years ago I listened to the UK High Commissioners arguments for a NZ-EU trade deal. These talks are now underway.

"But will a British exit shift this down the agenda whilst they deal with the fall out?"

"How long will it take to resolve what it would look like and how volatile markets will be?

"We are all likely to lose from such volatility," Renwick says.

Britain is no longer a major export market itself, he adds, so if it pulls out of the EU it does not mean New Zealand will have to change its focus.

Only a small percentage of our exported goods go to the United Kingdom. China, Japan, Australia and the United States have all become more significant.

Renwick says many New Zealand businesses are based in Britain, so they might have to move to countries like Germany to remain at the heart of the EU.

The EU as a whole is still an important export destination for New Zealand even though its overall share in exports has been declining, he says.