NZ out on its own 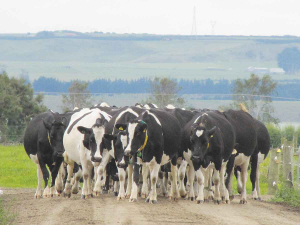 New Zealand is the only country actively considering a compulsory price on biological greenhouse gas emissions (GHG) from agriculture, the Ministry for the Environment (MfE) confirms.

This was indicated in an international review of agricultural policies commissioned by the Interim Climate Change Committee, MfE says, in answer to questions from Rural News.

“However, that is not to say that other countries are not directly or indirectly regulating emissions from their agricultural sectors.”

It claims the option has been discussed repeatedly overseas, most recently in Ireland.

The Government recently consulted on policies to reduce emissions from agriculture, MfE says.  The key proposals consulted on were:

In the interim either a price on all agricultural emissions at processor level via the NZ Emissions Trading Scheme (ETS) from 2021 or a formal sector/ Government agreement to deliver a workable and effective farm level pricing scheme by 2025.

“Consultation on policies to reduce agricultural emissions has finished. The Government is currently considering feedback from consultation.  Final decisions on agriculture have yet to be made.”

Several of NZ’s global competitors have adopted GHG emission targets specifically for agriculture, or targets for gases generally not covered by existing ETS -- such as the target of a 30% reduction in non-ETS emissions across the EU by 2030, MfE claims.

“Some of those countries have implemented market based mechanisms for agricultural GHG or afforestation schemes on agricultural land (eg Australia, California, several Canadian provinces).

“But these currently mostly function as voluntary offset schemes which limit their uptake.

“Most of NZ’s key competitors in western Europe and North America have stringent targets and policies to limit pollution from nitrates, phosphorus and ammonia, driven by national policies and targets.

“Constraints on these pollutants drive production efficiency and indirectly limit GHG and/or production increases. Several countries including China employ price mechanisms for these pollutants (such as taxes and trading schemes) as well as limits.”

What about food exemption?

The Paris Agreement does recognise the importance of food security, preserving our food systems and ensuring our global food production systems are resilient to the impacts of climate change, MfE concedes.