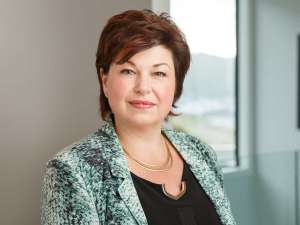 Chief executive of the Meat Industry Association Sirma Karapeeva says the deal sets a useful baseline for negotiations between New Zealand and the UK with evenutal tariff free access for sheepmeat and beef and zero tariff rates on in-quota trade in the interim.

"However, the devil is often in the detail in trade agreements and we'll be studying this closely when the agreement eventually comes out," Karapeeva says.

“We will be looking to achieve a better outcome in the NZ-UK FTA and we look forward to a swift conclusion of our own FTA negotiations. Unfortunately, we are still seeing a gap between rhetoric and action.”

Meanwhile Sam McIvor, chief executive of Beef + Lamb NZ, says the agreement is a significant milestone for the UK as it seeks to forge an independent trade policy post-Brexit.

“It’s giving some better signals around the UK’s intentions to be a serious free trader. The UK-Australia deal looks like it is a shift away rom the EU protectionist model and this is welcome.”

The New Zealand red meat sector continues to perform strongly with overall exports reaching $937 million in June, up 16% year-on-year, according to the latest analysis from the Meat Industry Association (MIA).

A chance to celebrate all the good work being done in the red meat sector and tell this to the nation.