NZ’s apple reputation on the line 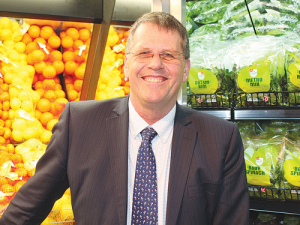 Optimum quality means picking at the right time so every tree gets picked three or four times, Raine told Rural News, in response to the Ministry of Social Development declaring a seasonal labour shortage across the Tasman region and its earlier declaration in Hawkes Bay.

Nelson-based Raine says seasonal fluctuations happen from time to time where more people are needed to pick fruit than are available.

“The crop is increasing over time so we are expanding. As a result… you go through some hiccups,” he says.

The Tasman region has about 3.5% unemployed.

“Those [people] clearly are not suitable for picking,” Raine explains. “Most of that could be age and physical capability, and we require people who aren’t colour-blind. A number of males are colour-blind and that’s a problem where we need fruit picked of a certain colour.”

He says people tend to think of apple harvest as just picking, but more than just pickers are needed.

“We also need them in the packing operation and in support services, for example, quality control, tractor drivers, truck drivers; there is an overall shortage of people.”

For optimum quality, trees need to be picked three or four times. At each of those pickings, fruit of the right maturity needs to be selected.

“That is how we get better prices than our opposition – other countries – as NZ quality is better than everyone else’s.”

There are several aspects to attracting more workers to the industry, Raine says.

“We have the Recognised Seasonal Employers (RSE) scheme. Unemployment is a lot lower than it has been: it is now at record lows. Not that there’s a strategy to get more unemployment; it is good the economy is going so well and we actually need more people.

“So there is not just one strategy to attract more workers; there are a number of strands. One is more RSE, another is attracting more people to the industry over time, at all ages and stages -- everyone from school-leavers to people who want a different lifestyle.

“They are referred to as the ‘grey nomads’ – people who no longer have family ties and are semi-retired and want to travel the country in a bus or caravan and take in a bit as they travel around. We are attracting more and more of those sorts of people.”

Robotics are on the horizon – doing more repetitive tasks with new technology, but that is probably on the 10-year horizon, Raine says.