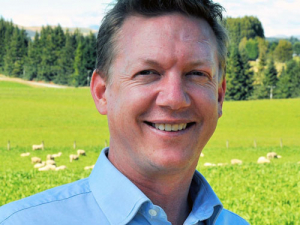 “On an EBITDAR (earnings before interest, tax, depreciation, amortisation and revaluations) basis, which we use as a key measure of performance, the half year represented a loss of $3 million compared to a loss of $6 million in the prior period. The loss is largely due to the seasonality of Pāmu’s operations since the bulk of livestock revenue is earned in the second half of the year.”

Carden said the $3 million improvement in EBITDAR reflects an increase in revenue of $5 million offset by increased expenses of $3 million and a lower loss from equity accounted investments of $1 million.

The uplift in revenue was principally due to an increase in milk revenue of $4 million and small increases in livestock and forestry.

Total operating expenses were up by $3 million overall, which included costs relating to the massive Rural Connect broadband rollout across all farms, along with the impact of increased fuel costs and rent on the Wairakei Pastoral lease in the half year.

“I am particularly pleased that we have managed to keep costs associated with on-farm work and maintenance flat despite price rises in fertiliser, and increased harvesting costs as farms took advantage of good pasture growing conditions,” says Carden.

“We also had higher calf rearing, animal health, and breeding costs in response to the threat posed by Mycoplasma Bovis. This is a tribute to our on-farm teams, who work hard to farm in a cost-effective manner.”

Carden said other items of note were a fair value gain on biological assets of $51 million mainly due to firm lamb prices, which was partially offset by an increased tax expense of $7 million following a review of the tax treatment of Pāmu’s long-lived buildings.

For the 2018-19 financial year, Pamu expects to report EBITDAR of between $37 million and $42 million. However commodity prices and weather conditions can fluctuate and this will impact the final result, as would any unexpected currency fluctuations,” Carden adds.