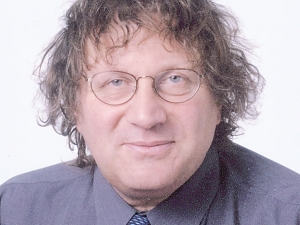 Many pests in New Zealand continue to be managed with poor understanding of their bionomics and impacts, warns the abstract of a paper published this month in the Journal of the Royal Society.

However, despite that conclusion the paper itself is a positive sign for the unique pest management challenges New Zealand faces, says its lead author, Professor Stephen Goldson.

“It is quite remarkable to have such a diversity of people contribute to a paper on pest management,” he told Rural News, reflecting on the ten authors from nine organisations who penned ‘New Zealand pest management: current and future challenges’.

“I expect it’s the first time so many authors have come together on a New Zealand pest management overview paper like this and it’s probably a good thing.”

Such cross-sector collaboration is the way science, government and industry must work to meet the challenge of controlling pests with fewer chemicals, says Goldson.

The paper highlights how many of our farming and forestry systems are effectively monocultures of introduced species, making them exceptionally susceptible to severe pest outbreaks, even though the pests may have little economic impact overseas. Even ryegrass and white clover pasture, while technically not a monoculture like most apple, kiwifruit or pine plantations, is very vulnerable.

Goldson says farmers need to be aware of that heightened risk and where possible use more diverse ecosystems.

“But I’m also aware of the economic necessity of making money from farming.”

Heeding guidance to reduce the risk of pests developing resistance to controls, be they chemical or biological, is a must.

“That’s absolutely essential otherwise we will have even fewer tools in our armoury,” he points out.

Goldson says we’re not short of successes in biocontrol, but some, such as the parasitoid wasp that attacks Argentine stem weevil, are showing signs of breaking down.

“We’re seeing a return of the weevil which is extremely concerning…. It’s a common misunderstanding that there’s a galaxy of these biocontrols out there, but there isn’t.  So we need to preserve the capacity of the biocontrols we do have by managing the whole system.”

Goldson adds that for New Zealand farming, often it is the absence of insect, weed or disease problems found elsewhere in the world that is our competitive advantage. However, when something does get in, it becomes our Achilles’ heel because the farmed ecosystem lacks the diversity that would normally reduce a pest’s impact.

Unsurprisingly, Goldson highlights the importance of border biosecurity, which he believes has improved in recent years through collaboration. Nonetheless, he says there’s still a need to be smarter in pest management and border biosecurity because chemical pesticides are being withdrawn, awareness and opposition to pesticide residues in food is rising, and public acceptance of such controls is falling.

He refuses to be drawn on whether enough is spent on pest management and/or biosecurity, saying that is a political decision – which farmer representatives may, or may not, wish to lobby on.

What he does say is that funding from levy bodies such as DairyNZ or Beef + Lamb NZ is very important to finance shorter-term pest control research, often in partnership with Government, as it frees public funds for the longer-term ecosystem work which is so badly needed.

Farmers have a key role to play in being observant and seeking advice on anything that appears unusual. “There are no stupid questions.”

The insidiousness of trunk disease

Ignore trunk disease at your peril, is the message that came from Mark Sosnowski at the recent NZW Grape Days.