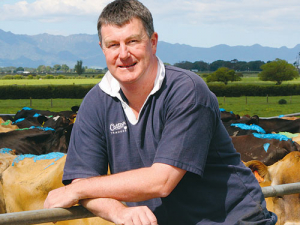 The 2018 financial year has begun with confidence high among dairy, beef and horticultural clients due to good commodity prices, says PGG Wrightson in its first quarter guidance update to shareholders.

But price is only half the story, it says.

Currently the forecast dairy payout stands at a healthy $6.75/kgMS, and gold kiwifruit orchards continue to sell for at least $1 million per canopy hectare.

But recent estimates from Beef + Lamb New Zealand warn of a significant contraction in forecast production throughout NZ, the update says.

BLNZ estimates the total number of lambs tailed in the spring of 2017 at 23 million head, down 1.3% (0.3 million head) on the previous spring, reflecting fewer breeding ewes.

“This drop contrasts with previous indications that the lamb flock might be up about 1.1%,” the update says.

“In addition, beef production is expected to be static year-on-year.

“For dairy, early season milk production has been hampered by weather conditions being generally too wet over recent months.

“August NZ milk production was down 1.5% on last year (which was down 3% on the year before that).

“Milk production is ramping up for spring, but the BNZ, for example, suspects it will not be as strong as it usually is given recent weather conditions. This is tempering their forecast for the season as a whole.

“They still expect milk production this season to be higher than last season but not quite as much as they had previously thought -- maybe up in the 1 - 2% range rather than a 3 - 4% range.”

“While the delay is not yet significant enough to suggest lost sales, the risk of a poorer spring for PGW is somewhat heightened compared to a few months ago.

“Currently PGW is about $2m behind the same time last year but there is confidence of making up this ground as the spring season accelerates.”

“It is important to note that it remains early in the financial year to be forecasting, with most of the year’s trading still ahead.”

Glasson has long worked in agriculture including Gold Coin, where he ran a billion-dollar animal feed and farming ventures, and related Zuellig business CB Norwood Distributors in Australia and New Zealand.

“Ian brings impressive qualifications for leading an agricultural business such as PGW and we are pleased to have him join,” chair Alan Lai says.

“He will remain an external director of SunRice, the large branded rice food company.”

Dewdney, a former chief at Livestock Improvement Corp, replaced George Gould in charge of Wrightson, coming in just after the rural services firm wrote off $321m from the goodwill accrued in the 2005 merger with Pyne Gould Guinness. Since then, Wrightson has posted stable earnings despite last year’s dairy price slump.

Wrightson increased annual profit 5.7% to $46.3m in the June 2017 year, even as sales were weighed down by wet autumn conditions hampering the NZ harvest and dragging on the firm’s seed and grain business.