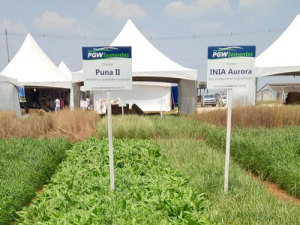 PGG Wrightson is offloading its seeds business to a Danish company for $421 million.

PGG Wrightson (PGW) is offloading its seeds business to a Danish company for $421 million.

“The agreement represents a transaction that would deliver significant value to PGW while also enabling the PGW Seeds business to benefit immensely from being part of an impressive global seeds operation,” Burt says.

The buyer, DLF Seeds is a global seeds group. As part of the deal, DLF Seeds will also repay PGW Seeds’ net debt of $18m.

PGW received expressions of interest from a number of parties internationally for the seeds business.

“The DLF Seeds offer was particularly compelling in terms of the value it would deliver to PGW shareholders,” says Burt.

The sale agreement provides for an ongoing close working relationship between PGW and PGW Seeds; a long-term distribution agreement for seed and grain sales.

“The PGW Seeds team, who are highly regarded in the industry, are key to the success of the seed and grain business. This team will continue to operate as they do currently, allowing the strong relationship that exists between them and their customers and the PGW team to continue adding value for our clients.”

The sale is subject to approval from PGW shareholders and regulators in NZ, Australia and South America.