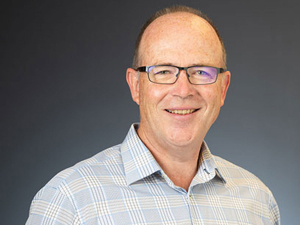 The sector wants the Government to urgently review its current policies on skilled migrant workers as it faces severe staff shortages, according to industry group NZ Pork.

Each year, New Zealand’s pig farming industry relies on experienced workers from overseas to meet a shortfall in staff with the necessary skills required to work with the country’s pig herd.

However, NZ Pork says the industry is concerned skilled migrants already working on pig farms in New Zealand may not have their visas renewed or existing workers trying to return from overseas visits will be blocked, leaving farmers with significant staffing shortages.

A NZ Pork survey of pig farmers found that many fear their existing skilled migrant staff may be required to leave New Zealand as a result of immigration measures taken in response to the COVID-19 pandemic.

“The sector’s strong preference would be to have a pool of available skilled and unskilled New Zealand workers,” says NZ Pork chief executive David Baines.

“However, pig farming is a relatively niche sector in New Zealand and the reality is that there is a significant shortage of New Zealanders applying for roles.

“The industry relies on a supply of skilled migrant workers who have been trained in their home countries. The numbers in total are small, particularly compared to major industries such as dairy, but the productivity of the industry is very vulnerable because of the precision nature of pig farming.”

Further concerns raised include the cost of visas, processing times, a lack of pathway to residency and a lack of consistency from Immigration New Zealand in terms of visa length and conditions.

NZ Pork has requested an urgent meeting with the Minister of Immigration Iain Lees-Galloway to discuss the shortage of labour.

Labour constraints have put pressure on pruning this season, with experienced crews of Recognised Seasonal Employer workers shut out by border closures.