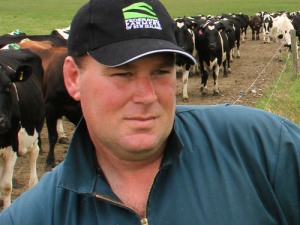 Dairy farmers in the lower North Island also faced power outages after a series of earthquakes this morning.

Federated Farmers dairy chairman, Andrew Hoggard who farms in the Manawatu, says the power went off at his farm immediately after the quake and didn’t come back on until 6.30am.

He says when the power went off he looked at the Powerco website and found that there were massive electricity cuts across the Taranaki, Whanganui, Manawatu and Wairarapa regions.

Hoggard used his generator to start milking and finally switched to mains power when it came on at 6.30am

He says he’s spoken to farmers in Culverdon but says so far he’s heard no reports of farmers being unable to milk. The issue he says could be the roads and the ability for farmers in places such as Kaikoura to get their milk to a dairy factory.

Hoggard says he’s not expecting to hear reports of damage until later in the day. He says if there problems, farmers will be too busy fixing things to get on the phone and report the problem to him.

He said the earthquake had caused overhead power lines to clash, triggering supply to automatically shut off. Stevenson says each affected line needs to be physically checked by field staff before power can be turned on again.