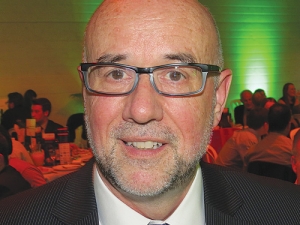 The psychological theory of 'self-efficacy' is being used by Massey University agricultural and social scientists to create greater self-belief in hill country farmers.

This will help farmers to change their farming systems and become more profitable.

Self-efficacy is a theory developed by a leading psychologist, the American Alberto Bandura.

Massey's head of the Institute of Agriculture & Environment, professor Peter Kemp, presented a paper at the recent Hill Country Symposium outlining a three-year extension programme the university ran to give farmers greater knowledge and self-belief – with an emphasis on pasture management.

Kemp says a squeeze has been put on hill country, with better land being used for dairying and viticulture and the steeper country reverting to bush. With hill country land effectively shrinking, the pressure is on farmers to get the best out of their farms, he says.

"What social scientists call self-efficacy is about self-belief and is not the same as competence," Kemp told Rural News. "It's about a farmer believing, for example, saying they are good at establishing pasture.

"This concept is at the heart of good extension and education and is coming to light more and more. A simple analogy is a good rugby player who has tremendous self-belief in what he can do in a match," he says.

In a three-year programme, the university got together a small group of farmers who met for workshops every four months. The main focus was on growing herb species to wean lambs earlier and to put weight on hoggets. The workshops involved agricultural scientists, social scientists and the farmers.

Kemp says this was a programme with a difference -- not just a case of the scientists telling the farmers what to do; there was a huge interaction between the two.

"The thing that was different was having social scientists studying how the farmers learned better or not, and what worked and what didn't, instead of just the usual thing of saying 'a well-run workshop'. The social scientists did detailed qualitative analysis on the learning process.

"The big thing was a reminder that we all learn through conversation and creating a sort of equal community between the farmers and the scientists and building trust and integrity around that."

Kemp says they visited some of the farms to see how herb pastures might grow and farmers were encouraged to do trials and report back to the group.

The objective was to create a 'professional community of practice' – based on good education principles and a variety of learning experiences.

The programme was flexible and if the farmers involved wanted information about a specific topic, such as parasite control, an expert was brought along to one of the workshops.

"A key objective was to provide learning support so that the [farmers] could make their own decisions about their own farms and not have us telling them what and how they should be doing it," Kemp explains. "This takes time, but many of the farmers involved in the study have made big practice changes as a result of this and some still are making changes to their farms."

Kemp says he's not criticising existing extension programmes, but believes having hard data on the learning process will pave the way for better programmes that meet farmers' needs.