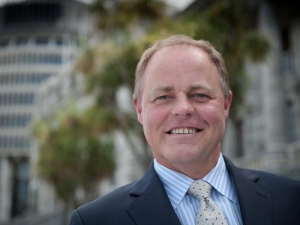 Farmers should have their say on what the priorities should be for environmental reporting.

"The Environmental Reporting Act passed by Parliament in September requires fair and accurate reports on the state of our environment," says Environment Minister Nick Smith.

"It means our country's clean, green brand will now be assessed against authoritative and independent data across five domains. Today we are calling for submissions on what New Zealanders think are the priorities for reporting across these domains."

The new Environmental Reporting Act requires the Secretary for the Environment and Statistics New Zealand to publish a report every six months on one of the five environmental domains (air, freshwater, land, marine, atmosphere and climate), beginning with freshwater in 2016.

A synthesis report, with analysis of all five domains, will be published every three years. The topics for future reports will be set in regulations under the Act.

"Statistics New Zealand is world-leading, with sound credentials — it provides New Zealand with critical economic indicators such as GDP and CPI. It brings the same reputation for statistical integrity and independence to environmental reporting," Foss says.

"I encourage New Zealanders to make a submission on future topics for environmental reporting — your views will inform discussion and aid the decision-making process."