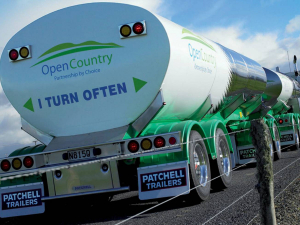 The country's second largest dairy player has revised its November settlement period payout to a range of $8.65 to $8.95/kgMS.

OCD pays its suppliers in full four times during the year.

For milk supplied in October and November, suppliers will be paid in full next month.

"There is no doubt that we will be setting a new payout record for the business for the current settlement period with the new forecast of $8.65 - $8.95.

"With sales completed for the period and financials being consolidated, I am one hundred percent confident that our average will at least hit the midpoint."

He says the final amount will be confirmed in the coming weeks.

"Leading into Christmas, I am sure it will be welcome news to everyone. It is a great way to end the year."

OCD has also lifted future settlement periods for milk supplied in December and January. The new payout range is also $8.65 to $8.95/kgMS. Suppliers will be fully paid in March.