Red meat project to see out tenure under new govt 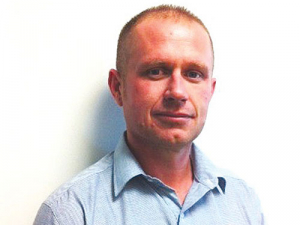 The Red Meat Profit Partnership (RMPP) will see out its tenure under the new government, a Beef + Lamb NZ field day in the Kaipara region was told.

A range of projects are now running under the RMPP, which is one of the Primary Group Partnerships (PGP), says Greg Clark, a Greenlea Premier Meats livestock buyer who has also been involved in the RMPP for the last three years.

Agriculture Minister Damien O’Connor told Rural News he will be reviewing PGP to ensure it provides benefits to NZ.

“This is of the overall Primary Growth Partnership, not individual PGP programmes, which have committed contracts,” he said.

Clark told the BLNZ ‘Food Production – Yesterday Today and Forever’ field day at Te Opu, a sheep and beef finishing operation near Maungaturoto, that partnerships in the Red Meat Profit Partnership started under the National government and he understands the scheme will see out its tenure under the new government.

$64m is committed in the partnership; the partners are ANZ and Rabobank, BLNZ, the Ministry for Primary Industries and six processors – Greenlea, Progressive Meats, Blue Sky, Alliance, Silver Fern Farms and ANZCO.

Every dollar MPI puts in, these partners match; the project started in 2013.

Current projects include an information hub similar to “a Google for farming” – a resource for information on anything from water to grass seed, lambing percentages and beef intensive systems. That is underway and a few modules are already on line on the BLNZ website.

An electronic Animal Status Declaration (ASD) has been modelled and trialled in a few plants in NZ.

Greenlea and Silver Fern Farms are now running trials with some farmers. It can be run on a smartphone, iPad or computer. The user can fill in the ASD online and a copy will go to the carrier, one to the plant and one to OSPRI which manages the ASD. The electronic version is a time saver which cuts out paperwork.

RMPP also has farm extension projects in Northland, Waikato and King Country. Clark says this is helping these farmers learn, based on what they want to do.

One trial was an attempt – unsuccessful -- to grow fodder beet in Northland based on a farmer’s proposal. Other trials are underway such as set grazing versus grazing rotation, etc.

Another scheme under RMPP is a farm assurance programme developed by a number of processors collectively.

At least 50% of New Zealand farmers identify succession planning as an issue for them, their family and their farm business.

Farmers are reported to have joined a Red Meat Profit Partnership (RMPP) Action Group at Rangiwahia to upskill the people in their businesses and boost their profitability.

New role too good to ignore

The role of project manager for the Red Meat Profit Partnership (RMPP) Action Network programme was too good to ignore, says Brendon Patchett.