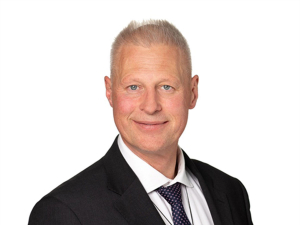 Rob Forlong will take over as Predator Free 2050 chief executive next month.

Forlong has recently completed two terms as chief executive of Whangārei District Council, where he contributed to Whangārei becoming a significant metropolitan local authority with strong population and economic growth, and enhanced relationships with Iwi/Hapū.

He will start on 11 July, taking over from Brett Butland who has been Predator Free 2050 Limited’s acting chief executive since the departure of Abbie Reynolds in August 2021.

The government-owned charitable company was set up in 2016 to make a significant contribution to the government’s goal of removing possums, stoats and rats from New Zealand.

Predator Free 2050 Limited is currently providing co-funding for 19 large landscape predator eradication projects covering more than 820,000 hectares and invests in breakthrough research and technology developments, with backing from the government’s Conservation budget, the Provincial Growth Fund and the Jobs for Nature programme.

New Zealand. We are a unique land with an amazing array of natural resources and diversity of landscapes, climates and soils.

MacLeod to step down from Fonterra board

Fonterra director David MacLeod is retiring from the board after serving six years.

VOTING FOR Fonterra’s board elections has begun.

Fonterra’s 10,500 shareholders were last week mailed their voting packs for board elections and, in four wards, shareholder council positions. Voting opened online, by fax or post on the same day at 10.30am.