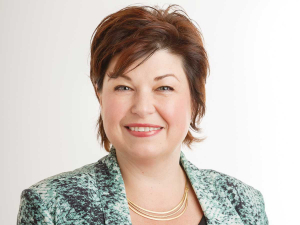 The New Zealand red meat sector exported $9.2 billion worth of products during 2020, an increase of 1% on the previous year, according to an analysis by the Meat Industry Association (MIA).

“That is great news for the New Zealand economy and for farmers. We have a diverse market portfolio and last year exported products to 111 countries around the world.

“This strategy, together with our strong market relationships, has been critical to helping the industry weather the volatility over the past year. It also highlights the key role our industry is playing in underpinning the New Zealand economy during the global pandemic.”

Karapeeva says there is still a strong global demand for safe and natural high quality red meat during the pandemic.

“This is New Zealand’s competitive advantage and we need to continue telling this story.”

The top 10 markets for New Zealand meat remain unchanged during 2020. China continued to be the major customer, with exports worth $3.3 billion, accounting for 36% of total exports for the year.

While exports to Germany and the Netherlands decreased by 8% and 21% respectively, the value of exports to all other top markets increased, including to the US, rising 20% to $1.9 billion, and to the UK, which was up 7% to $460 million.

Beef exports to China dropped by 26% compared to the record high levels of 2019, as other countries like Brazil increased their access to China. However, this was offset by an increase in exports to most other markets.

Co-product exports also increased slightly, up 1% to $1.6 billion for the year.

During 2020, value-added halal processing continued to be a vital competent of the industry’s business model.

Nearly all of New Zealand’s export processing plants undertake halal processing, which allows them to export cuts from any animals to Muslim and non-Muslim customers around the world.

In the 2019/20 processing season, which covers the year ending September 2020, New Zealand exported 417,232 tonnes of halal-certified meat, worth approximately $3.5 billion, to 59 countries.

Other important markets for halal-certified meat were Canada, Malaysia, and the United States.

Meanwhile, the sector exported a total of $836.7 million worth of product during the month of December. China was the largest December market with $379.4 million, followed by the US with $155.9 million and the UK with $38.2 million.