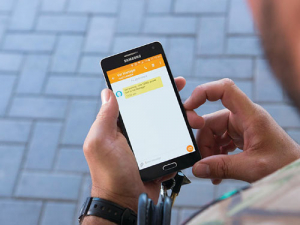 People in rural areas want clarity when their connectivity will improve.

Broadcasting, Communications and Digital Media Minister Clare Curran announced last week that the completion schedules for the Rural Broadband Initiative Phase Two (RBI2) and the Mobile Black Spot Fund (MBSF) have been brought forward one year to the end of 2021.

“While a year earlier is a positive move it still leaves a number of New Zealanders without quality access for the next few years,” he says.

“We await with real interest the announcement of more concrete plans from the Government and the Rural Connectivity Group (RCG) on the next steps in the roll-out.”

Young says both the Minister for Communications and The RCG will be speaking as part of the 2018 TUANZ Rural Connectivity Symposium on Tuesday June 26 in Wellington.

“We look forward to hearing more from them,” he says.

Curran says the gaps between the digital ‘haves’ and ‘have nots’ need to be closed to ensure people and communities benefit from the jobs, access and participation that a digital future brings.

“We are listening to feedback from businesses and from people who live in and travel to our most rural and remote areas, and they want more clarity on when their connectivity will improve. I want people to know they don’t have to wait until the end of 2022.”

The deployment schedule and coverage information for RBI2 is now available on the National Broadband Map www.broadbandmap.nz.

“An address checker is available on the map where you can type in your address to see if and when you will receive RBI2 broadband coverage. This will show planned and actual coverage and give an indication of the timing for planned coverage,” Curran says.

“The company providing service in your area is listed on the availability report when you search your address.

“Funding for the RBI2/MBSF programme comes mainly from the Telecommunications Development Levy (TDL), a levy paid by telcos, with some of the programme funded privately by the three mobile operators Spark, Vodafone and 2degrees.

“There will be additional resources for rural communities not covered by these programmes to apply for under the $1 billion Provincial Growth Fund.

“Four regions – Tairāwhiti/East Coast, Tai Tokerau/Northland, the West Coast, and Manawatū-Whanganui – were targeted for increased investment through a Provincial Growth Fund ‘surge’ effort and they also overlap with work on delivering faster broadband.

OPINION: We may now be into the third decade of the 21st century, but unfortunately much of NZ’s rural broadband and mobile coverage remains at third world levels.

Rural people should be getting the same level of connectivity in terms of broadband and mobile coverage as the people who live in urban areas.