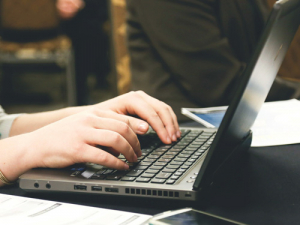 Rural Women NZ has lodged a submission to the Ministry of Business Innovation and Employment on its review of the Telecommunications Act.

The organisation has lodged a submission to the Ministry of Business Innovation and Employment (MBIE) on its review of the Telecommunications Act.

While RWNZ strongly supports the need for a new regulatory approach to wholesale telecommunication prices, RWNZ vice president Fiona Gower says that it is disappointing that the review does not address the issue of underinvestment in telecommunications.

“We feel strongly that a key goal of the review should include bringing rural broadband speeds up to the same standard as urban speeds,” she says

“While considerable progress has been made through the Government’s Rural Broadband Initiative (RBI), the reality for rural and remote users is that the current state of the network remains poor.

“In addition, it is concerning that the Government is directly funding UFB deployment in urban areas but it is not actually putting any funding into rural areas as part of the RBI”.

The RBI continues to be funded directly by the industry through the Telecommunications Development levy.

“Primarily our members want internet and phone prices to remain affordable whilst also encouraging wholesale network operators to invest appropriately in improving rural infrastructure. We are concerned about how changes to wholesale prices will be treated by Retail Service Providers and reflected in retail prices”.

MBIE's review also proposes exploring options for promoting competition in the mobile market. Gower says: “Mobile coverage is seriously lacking in rural areas, despite the fact that these days it is considered a basic lifeline in emergency situations”.

RWNZ’s submission encourages the Government to proceed with options that encourage greater infrastructure sharing and competition between mobile network operators. It also suggests additional government stimulus may be necessary to fund further investment by mobile network operations in the most uneconomic areas of the network.

RWNZ have read the submission made by TUANZ, and as a member, lend their support to the TUANZ submission on the review of the Telecommunications Act.

With the closure of saleyards under Alert 4, New Zealand’s virtual saleyard bidr says it will be an essential tool for the trading of livestock during lockdown.

We need to make sure that our rural businesses are well supported, says Fiona Gower, Rural Women NZ national president.

Nine finalists have been named in the rural section of the Women of Influence Awards.

Rural women and babies at risk