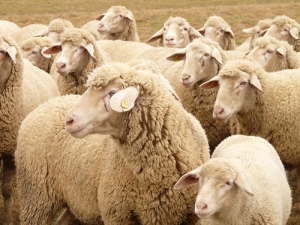 Despite the current low ebb in the sheep sector, farmers overwhelmingly did not support lobby group’s MIE remits at the BLNZ annual meeting.

MIE has overwhelmingly lost its bid for more funding from Beef + Lamb NZ (BLNZ), with 75% of farmers voting against the proposal.

It also lost its bid to have the two processor representation positions on the BLNZ board replaced by two directors from MIE.

The first remit was: "That Beef + Lamb New Zealand Ltd endorse and fund all professional costs incurred by Meat Industry Excellence (MIE) to continue developing and implementing the savings and positive opportunities as identified by MIE in the farmer funded 'Pathways to Long Term Sustainability Report'.

The second remit – "That the two positions of processor representation on Beef + Lamb New Zealand Ltd be removed and replaced initially with two directors from Meat Industry Excellence (MIE)" – also failed with 76% of voters against and 20% in favour.

BLNZ chairman James Parsons told Rural News he was pleased the Meat Industry Excellence delegates to the annual meeting in Waitangi played the ball not the man in the discussion – and just debated the principles.

"We let them have the opportunity to debate the case," he says.

Some of the discussion drifted away from funding to the need for the industry reform. He had heard most of the arguments before but the board was still firm in not supporting the remit.

"One of the points I made is that we have given quite a bit of funding to MIE over and above the $290,000 for the Pathways report and the business plan; we gave them $20,000 prior to help develop a business plan.

"They had a remit in 2014 similar to what we had today. It was short on detail, more on principle... so in 2014 after farmers voted in support of that remit we gave them some funding to put a business plan together.

"The first time they brought that back to us we said that is not good enough to fund, go back and do some more work. Finally we found something we thought was worth funding.

"Prior to that we'd given them a lot of funding – $60,000 in total – to help with some of the awareness meetings on the need for industry reform. That was back when MIE first got going – back in 2013 and there were all those meetings they ran.

"Then there was a budget overrun on the Pathways report which we helped out with – just under $20,000. BLNZ feels we have been very reasonable and tried to help MIE get some of this stuff out.

"We don't believe funding more analysis and more awareness campaigns will really change anything unless there is a real appetite from the commercial base to actually do something about it. That's the justification of the board's position."

There wasn't a lot of support from the floor for having MIE members replacing industry directors on the board, said Parsons – apart from the MIE members themselves.

In terms of the mood around the industry Parsons says the beef and wool side is reasonably pleased with some of the pricing. But lamb and mutton prices have been a real disappointment.

"So farmers will want to see something different. Some of this is volatility – that is something we are going to have to get better at managing and living with. It is not something that will ever stop.

"I think one of the issues is lack of demand for lamb. We can talk about volatility until the cows come home, but if there is high demand for lamb you ride through that in a lot better fashion."

They want to have good discussions with farmers about options as they go through their farmer meetings round this winter.