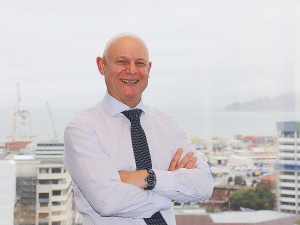 MPI director general Ray Smith says too much of the horticultural industry has been built off the back of immigrant labour.

He told Rural News that there is real growth in horticulture and the opportunity for more, but New Zealand as not solved the labour supply problem.

"Too much of the horticultural industry has been built off the back of immigrant labour and the risk of that is what we see now," Smith says.

"If anything goes wrong with that supply chain of workers then you have massive problems. That is why there is a need for the investment in automation and we want to see this directed to what can be done in orchards."

Smith says automation is not a packhouse problem. He says the goal must be to develop automation that takes away some of the menial tasks in orchards and vineyards - such as pruning.

He says such tasks often need to be done at times of they year when the weather is cold and some of this work is often not highly paid.

"If we don't do this we are asking for large quantities of itinerant and casual labour to do it and that is very hard to manage as a business," Smith told Rural News. "Kiwifruit is a good example. NZ and Italy are probably the biggest producers of kiwifruit and if we don't develop the automation systems for kiwifruit, who is going to do it?" he asks.

Smith does not believe that NZ has invested enough to get ourselves over the line in this respect.

However, while Smith is pushing for more automation in the hort sector, he'll continue to push to get more New Zealanders into jobs in the sector as well.

He says some of the campaigns by individual product groups have been successful and have attracted students who were not aware of the opportunities available. But Smith concedes other campaigns have been less than successful.

"The real thing is, how do we get more Kiwis coming through our secondary school systems thinking about a job in the primary sector?" he says. "I would really love to see more New Zealanders saying 'this is where I really want to go' and see a pathway and the opportunities."