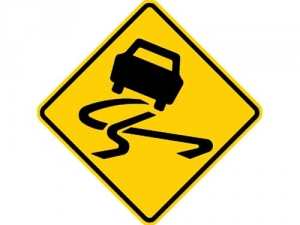 The Southland District Council is advising drivers in central Southland against unnecessary travel, due to widespread icy conditions.

Snow overnight has caused treacherous conditions on roads around the district, with many areas of black ice. A number of vehicles have already slid off the roads, say council officials.

The Edendale and Wyndham areas are also badly hit, with ice covered roads throughout the area. Te Anau escaped the snow, but had a very heavy frost, which has also left ice on the roads.

Roading asset management engineer Hartley Hare says people need to be extremely cautious, as the conditions could be very dangerous.

“The roads are very icy in places that have had snow. Our contractors are monitoring the situation but we are advising that people take extreme care and if they can, delay non-essential travel in worst hit areas.”

Heavy snow has closed the Southern Scenic Route detour via Tahakopa Valley Road. Anyone intending to travel via the Catlins is advised to instead use State Highway 1.

The conditions have affected state highways in the district as well, State Highway 94 from Te Anau to Milford Sound is closed and NZTA have closed the Edendale Hill section of State Highway 1, and advised caution in other areas.

Conditions are also expected to be dangerous tomorrow, with the possibility of freezing temperatures causing black ice on the roads.

Council staff and contractors will continue monitoring the roads.