Southland stock warning with heavy snow on the way 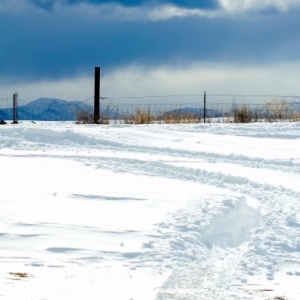 SOUTHLAND FARMERS are advised to move stock to sheltered areas with snow forecast to near sea level on Sunday.

MetService is predicting a series of cold fronts will cross the South Island at the weekend, with snow likely to affect higher roads and passes tomorrow, and heavy falls likely on Sunday, in particular on the Milford Road and in the Catlins areas.

MetService says the snow will be accompanied by strong to gale force south to south-west winds and this will add to the bitterly cold temperatures.

Emergency Management Southland's Craig Sinclair says they will be monitoring the situation over the weekend.

"There's possibly going to be a lot of snow so people may want to think about whether they need to travel or not, particularly on Sunday," he says.

Meanwhile Southland's rivers are reacting quickly to rainfall, due to already saturated soils. Environment Southland activated its flood warning status on Wednesday morning (21/5), which monitors rivers and rainfall throughout Southland.

After recent rainfall many river levels have been higher than usual during the past day.