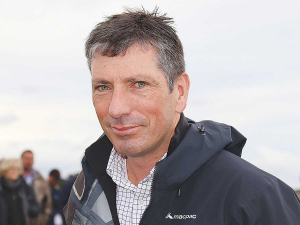 Sam McIvor says the misconception that methane reduction targets are 'letting agriculture off the hook' needs to be cleared up.

The split gas approach takes into consideration the different durations of greenhouse gases in the atmosphere, and their relative potency, to provide a more accurate and more easily understood picture of the complexities of the subject.

As a greenhouse gas, methane is 28 times more potent on a per kilogram basis than carbon dioxide. However, methane also has a far shorter half-life of 9-12 years versus 100-120 for CO2. This means short term reductions in methane emissions will have a faster long-term reduction in overall warming effect - so long as methane emission remains neutral, or reductions outstrip the rate at which it is added to the atmosphere.

BLNZ chief executive Sam McIvor says higher methane reduction targets must not disadvantage sectors that have already made significant cuts and are already being asked for a disproportionately high share - such as the red meat sector.

He labels the Government's announcements and reporting of current climate plans as opaque and, at points, too demanding on farmers.

"New Zealand's farmers are the best in the world at responding to change. Like all sectors they have to work towards reducing emissions - all we're asking is that they're only being asked to do what's fair," McIvor explains.

"Without proper reporting of warming, it's unclear what each sector is responsible for and the public doesn't understand. We need to address this misconception that methane reduction targets are 'letting agriculture off the hook'."

McIvor notes that while there has been attention on buying offsets through the planting of forests overseas, serious questions remain about what the increased targets mean domestically.

"We would be very concerned if the new NDC meant the Government needed to rely even more heavily on forestry offsetting within New Zealand. We are already losing too much productive sheep and beef farmland to carbon farming with devastating effects on rural communities," he adds.

"Fossil fuel emitters shouldn't be able to just plant their way out of jail, particularly not at the expense of the most sustainable meat production systems in the world. There instead needs to be actual reductions in warming."

McIvor says the sheep and beef sector has reduced its absolute emissions by more than 30% since 1990 and that total methane emissions from all agriculture have been stable for the last decade.

"There needs to be recognition of the progress made - we shouldn't be asking sectors that have already done the heavy lifting to pick up more to offset a lack of progress in other areas."

Plants and grass photosynthesize and store carbon in their leaves.

When the plants are eaten by cattle the carbon is converted into methane, which the animals belch out.

After that 10-12 years the methane breaks back down into CO2 - but as recycled carbon. This is then photosynthesized by the plants, thus restarting the natural cycle again.