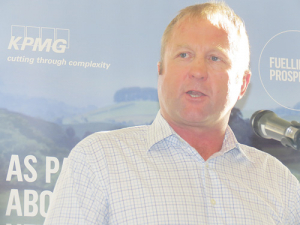 Success for the New Zealand primary sector depends on exporting higher-value products to the world’s most affluent consumers.

NZ exporters understand this well. The reality for NZ is that our small domestic market of 4.6 million people can only consume about 10% of the food we produce. Access to wealthy consumers remains a key priority if NZ is to realise its opportunities.

Value creating strategies are at the core of nearly every NZ primary sector exporting business. Meeting the desires of discerning consumers with high-value products requires access to high-paying markets. Importantly, NZ has continued to lead the world in opening markets through a wide range of trade and equivalence agreements to increase the connectedness of our exporters.

At a time when there are growing efforts to export higher-value products to higher-value markets, new challenges are emerging.

The world has become an increasingly complex place. Political change is favouring those who advocate for more inward looking and nationalist policies. Many are calling this a ‘right wing’ agenda, but that is too simplistic.

There are examples of both extremes of the political spectrum arguing for more nationalistic outcomes. The risk is that NZ, as an exporter, could suffer collateral damage if such policies prevail.

The politician’s call to “make America great again” is no different from that of pro ‘Brexit’ campaigners who swayed the vote to leave Europe. ‘Brexit’ advocates argued for greater independence by unshackling themselves from the bureaucracy of Europe. Many other countries have politicians championing the same message.

The big question for NZ is ‘what effect will this have on our efforts to grow our connectedness in world markets?’

The most obvious challenge we now face is the ratification of the agreed and signed text that makes up the Trans-Pacific Partnership (TPP). NZ was one of the founding partners of TPP. The benefits of integrating the economies of the 12 member countries covering 40% of the world’s GDP and 800 million people in the fastest growing region on earth are significant.

TPP will not enter into force until the two largest economies of Japan and the USA ratify this agreement. Statements in the US presidential election by Republican and Democratic candidates suggest the chances of TPP being ratified look remote.

At a time when the chances of a US-Europe trade agreement look increasingly unlikely, TPP is a prize that companies in the US are desperately seeking to obtain.

The ‘Brexit’ decision by the UK to leave Europe is another challenge for NZ. Nothing will change in the short term; current market access arrangements with Europe’s 28 member countries remain in place.

However, much effort will be required to secure acceptable market access into the UK once it invokes ‘Article 50’ to start leaving Europe. The Lisbon Treaty anticipates a two year period to complete the exit of a country from Europe. However, more realistic is the expectation that it could take up to 10 years.

For NZ’s primary sector and our exporters, the most challenging aspect of the political winds of change is uncertainty. Market and exchange rate variability flow directly to farmers and growers and the current level of volatility is incredibly difficult to overcome.

Creating higher-value goods and having access to a wide range of affluent consumer markets is vitally important to help reduce volatility in an increasingly inward looking world.

The question is whether today’s rhetoric will continue beyond the current election cycle in the US and other countries, and the completion of the ‘Brexit’ process in the UK.

Skepticism is widespread among the peoples of the world about the benefits of increasing interconnectedness. The challenge for NZ is to maintain its relevance in the winds of change. As a nation reliant on the world for a living, our future depends on this.