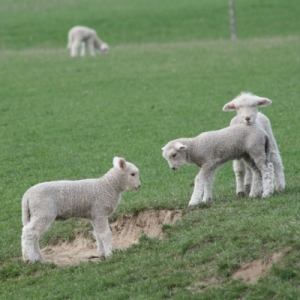 Early arrival of the dry period in the lower North Island has ‘subdued’ sales of store lambs in the past week or so.

PGG Wrightson’s Tony Gallen says the store market has been “hard work” because it’s been so dry and this uncertainty has caused a drop in the number of lambs coming forward in the last few weeks. He told Rural News that farmers appear to hanging on to stock in the hope rain will come and don’t want to sell their stock at low prices.

“We had decent numbers of store animals earlier on, but the other week the numbers were back a bit. Everyone is saying that if it could rain in the next week or ten days they’d be fine, but if it doesn’t come, there could be problems.

“Last year, there was 80-100mm in January and the drought didn’t kick in until late February. But this year it was showery and cool pre-Christmas and all of a sudden the rain stopped and it’s got stinking hot.”

Gallen believes the cattle market has been positive until now. He says at a recent weaner fair most of the vendors were happy provided the weaner bulls had a bit of weight on them.