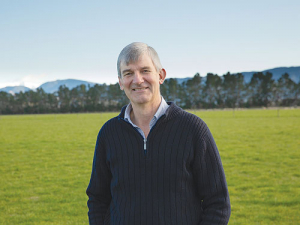 He says farmers are “understandably” hanging onto stock, particularly lambs, trying to make them heavier before they go to the works.

“Normally we would be under more pressure to process stock early in the season, but when there are good feed conditions farmers are holding off a bit more,” Taggart told Rural News.

“There’ll be quite a few farmers on holiday over the break, but once they get back into it in the new year there’ll be the usual flow of animals. That’ll probably be a bit stronger than perhaps it would normally be at this time of year, given that it wasn’t quite as strong just before Christmas.”

Conditions were in a marked contrast to the drought at the same time last season.

Taggart was speaking after the Alliance Group’s annual meeting in Dunedin on December 18, when he told shareholders that extreme dry conditions and the resulting erratic stock flows over the past year underlined the value of a co-operative.

He told the meeting that widespread dry weather across most of New Zealand through the 2017-18 summer saw the company maximise processing capacity to help farmers de-stock lambs, and held farmgate pricing to support shareholders when they needed it most.

Alliance also assisted its shareholders by moving at least one million head of store stock, all commission-free.

“Sometimes it takes these extreme events to reinforce the wider benefits of a co-operative. There was the inevitable ‘hole’ in lamb supply once the drought broke and it would have been easy to back off capacity at that time and save costs.

“The downside would have been restricted autumn processing capacity, just when our shareholders needed to reduce onfarm numbers to winter levels. Clearly this would have been unacceptable for our farmers, so we stuck to our co-operative principles and ensured we were in a position to assist farmers to maximise the value of their stock.”

He said 2018 was also a challenging year for beef with softening international prices slow to be reflected at the farm gate.

“Demand for processing capacity soared in early autumn when Mycoplasma bovis, a delayed bull kill and the cull cow kill all coincided. It highlighted that in extreme events we will never have enough capacity to accommodate everyone’s needs.”

However, Taggart said that when the business performance was considered aside from the climatic challenges of the past year, Alliance was pleased with progress.

“A lot of that’s not obvious to people looking in from the outside but there’s certainly been a real lift in performance within the business and we think that’ll become more obvious as we move forward.”

Taggart said Alliance was determined to improve on the $8 million operating profit. It decided not to make a profit distribution but rewarded shareholders with 9.5 million bonus shares based on supply over the 2018 financial year.