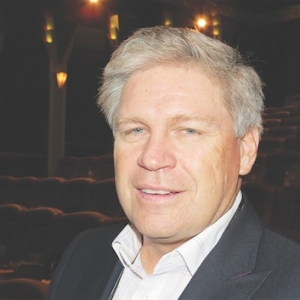 GREG MUIR chief executive of Tru-Test, agrees the biggest challenge to the primary sector is attracting the right people.

Train the right number of people in the right skills, he urges. Boot camp members are involved in the education and science sectors, contributing to the training of people to meet industry needs.

“But agriculture is not good at telling good-news stories about the sector. There are outstanding stories about technology and farming across New Zealand; you have to dig deep to find these.

“How do we publicise this? The Fonterras and Synlaits get all the publicity, but there are [many] relatively small, nonetheless important contributors to the New Zealand ag scene doing an amazing job.”

Muir points to huge employment opportunities in the sector in a wide range of occupations including banking and technology.

“There is a joke going around that the farm in the future will have two things: a farmer and a dog. The farmer is there to feed the dog and the dog is there to stop the farmer interfering with the machinery. That’s a take on where technology is going, but in reality we do require vast numbers of people in the countryside to make farming work.”

Steve Smith, co-founder of the international award-winning Craggy Range winery, says New Zealand is underselling its achievements in the primary sector. In marketing wine he tells, as part of the story, about the land, the place and the people. New Zealand has an amazing environment for producing agricultural products and could become the world’s greatest natural food producer.

Smith says New Zealand wine plays a huge role in helping to promote other primary products. “It’s a great item to lead the food and beverage sector because it sits on dinner tables in homes and restaurants with the name New Zealand on it. If we can [relate] that to all our other great agricultural produce it’s got to benefit everybody. We are lucky in having a product that works like that.”

“When I talk to consumers the world over I talk about New Zealand as the youngest country in the world – the last place to be settled, a place where our vines breath the purest air in the world. They love that.

“I don’t necessarily talk so much about the product. Anyone can tell a wine story, I’m telling a story about New Zealand, a place that’s unique…. The more I can tell it, the more benefit I can get for the wines.”

Craggy Range was up against producers from Brazil, Canada, South Africa and Chile. Smith says they are only the second winery to win this award in almost 20 years.  – Peter Burke