Three of the best up for award 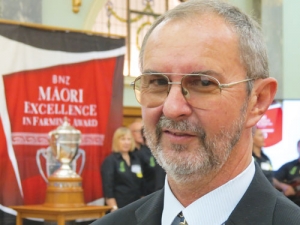 Two finalists in this year’s Ahuwhenua Trophy competition for the top Maori sheep and beef farm, Mangaroa and Maranga, are in typical East Coast hill country.

While Paua Station is on flat to easy-rolling coastal sand country in the Far North.

All three finalists are delighted at the prospect of winning the coveted Ahuwhenua Trophy.

John Ellis, general manager of Parengarenga Incorporation, says they considered entering in 2013 but decided to wait. They started gathering information for their entry application long before entries officially opened.

“Parengarenga is very excited about being chosen as a finalist and it will boost the morale of staff and shareholders.”

Marty Charteris, of Maranga Station, says it came as a shock to be asked to put their hat in the ring, but deep down he wanted to be benchmarked against his peers.

“Since becoming a trustee of two of our Ngati Tahu Ngati Whaoa Land Blocks, I felt a good way to prove our ability was to enter the competition.”

Charteris says he and his wife Janice were elated to hear they had made the finals and humbled by the support of their team.

Nuku Hadfield says in 2013 they were lucky enough to be invited to attend the Ahuwhenua presentations in Hawkes Bay. She was inspired by the kaupapa of the competition and after much discussion decided they had something unique to share and decided to enter.

Hadfield says another motivation is to promote the contribution made by individual Maori owned farms to agriculture.