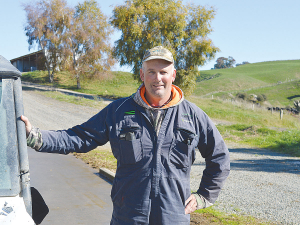 Federated Farmers national board member Chris Lewis will leave at the organisation's annual meeting in Auckland this July.

He is one of two high profile Feds leaders to call it quits. Another board member and spokesman on water and biodiversity, Chris Allen, is also stepping down.

Lewis says stepping down a year before his three-year term ends should also help the incoming board members.

"Both Chris Allen and I thought the right thing is to stand down this year and let two new people in this year," he says.

Federated Farmers will hold its board elections next year when president Andrew Hoggard will step down at the end of his three year term.