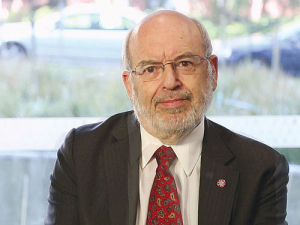 He told Rural News that GE technology has moved on a lot in the last 40 years and is now more precise. He believes fresh public discussion is needed on the subject of genetic modification.

His comments echo those of the recently retired Government chief science advisor Sir Peter Gluckman, who called for the debate on GM to be restarted. Gluckman says there are no significant ecological or health concerns associated with the advanced used of genetic technologies. But this doesn’t mean NZ would automatically accept these technologies, he says.

A big issue for the primary sector is whether the use of GM would tarnish the NZ brand in key overseas markets.

Scott is unaware of much detailed research on this subject but says Fonterra and Zespri have shied away from developing GM products.

Scott acknowledges the issue is difficult. But a lot of firms are putting GM-free on their products and in some cases this is a bit ridiculous, he says. For example, one was saying its beer had been made from GM-free wheat and that was stretching things.

Scott says GM will be a problem for the regulators because crops and animals can now be modified in a very minor way,  which will essentially be indistinguishable from techniques that are not regulated.

“That is why we need to have a new conversation  about GM and get this information out to the public and try and progress the issue, rather than going back to the old debates of the late 90s.”

The last big debate was in 2000 -- a Royal Commission into genetic modification which canvassed a range of views. Once the public hearings were over and recommendations of the Commission made public, the debate went quiet. While there have been small, ongoing campaigns for and against GM, there has been no major public debate, which is what Scott and Sir Peter Gluckman are advocating.

Scott says some local councils have banned GM in their regions, but he finds this annoying because there is national legislation which already regulates how GM trials can be run.

The Royal Commission in 2001 made it clear that people were much less averse to medical applications of GM and that this came down to benefit, Scott explains.

People might have cancer and want a cure and will make use of whatever is available. By contrast with food, it seems that people have different values and are much more sensitive about the security of their food, he says.

Professor Scott says there are examples globally of countries having massive crop failures, but still rejecting the use of GM which could provide disease-free crops and prevent starvation.

He believes the hope lies with future generations who are more accepting of new technologies.

Young kids can see the possibilities of gene editing and that is just one small part of the whole genetic revolution, Scott told Rural News.

Give it another 10 years and kids will use an instrument and sample meat and get the DNA sequence of it and put it in their phone and see what it does.  They are excited about what’s ahead in synthetic biology and can see exciting possibilities, he says.

Scott says GM offers possible solutions for major problems facing the ag sector in NZ, such as methane emission and nitrogen leaching. For example, it may be possible to engineer plants that take nitrogen out of the soil and sequester it.

The government's chief science advisor warns that some scientists in New Zealand use their scientific standing to make claims well beyond available evidence and their own expertise.