Too stoned to work! 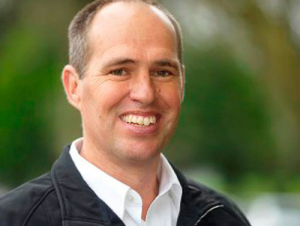 Substance abuse problems, timekeeping and the attitude of young people entering workforce must be addressed for the future of the horticulture industry, says Vegetables NZ Inc. chairman Andre de Bruin.

The Dargaville kumara grower says the industry relies on a core of good “fantastic seasonal workers” but that core is not coming through in the younger generation. There is an occasional “gem” but they are getting much harder to find.

As de Bruin spoke to Rural News he could see five seasonal workers sitting in a vehicle either stoned or drunk when they should have been at work.

“What can we fundamentally change rather than paying people to sit around drunk?” he asked. “It’s an incredible waste of a generation.

“Unless we start to address, as a country, that fundamental issue it won’t just be horticulture, it will be every business that has a problem.”

De Bruin says they have excellent locals at the core of their industry who do a great job. But outside that core they can no longer get good workers. The industry has supplemented with backpackers who are in short supply this year. One local grower has recognised seasonal employer (RSE) workers and he says “you know they will turn up”.

“As a rule, the RSE workers around the country seem to work pretty well. The core of our locals are very good, but that core has been working in the industry for a long time,” he says

“Particularly our younger folk -- they seem to be brought up to think they have all the rights and no responsibility. From day one they are telling you how they will operate and how you will operate and not actually wanting to be part of the team. And they just don’t particularly want to work.”

The work is physical, but not unreasonable, he says.

“We have bought in over the years a lot of harvest aids to help but they are not interested. They don’t seem to understand that smoko in the law is 10 minutes. We give them quarter of an hour; they seem to think they need half an hour, that it’s ok at lunchtime to go into town for half an hour to do something and turn up when they feel like it.

He says some media reports have criticised seasonal jobs as not real jobs. “These people will never get a long term permanent job if they cannot start with something like seasonal work. They are denying themselves the opportunity to get the step up.

“The seasonal worker round is the real bedding-down place where people learn how to get out of bed and go to work; they learn the work ethic. If they do a good job they may get a good reference then they can get a good permanent job.

“We don’t necessarily have a permanent job but that doesn’t mean it is a bad job. I started off in the kumara gardens. Everyone talks about the work they had after school or in the holidays. That is how people get that work ethic.”

De Bruin says if a person wants to they can work year-round in all the various sectors -- kumara, kiwifruit, citrus, grapes, etc.

But substance abuse is sucking the motivation out of the youth in his area.

“As a grower I had to police some of my workers’ vehicles to ensure they didn’t bring alcohol to have at lunchtime.

“That is a pretty sad state to be in. We talk about safe working environments; a lot of people coming into our businesses don’t really care about the safety of anything.

“Half of our job is trying to school them up to what I would think would be a fundamental understanding of any person who went to any job anywhere: to be able to turn up on time, have the courtesy to ring and say ‘I’m going to be late’ or ‘I’m going to a tangi’ or ‘I’m sick’, so the employer knows what is happening. When you are expecting 27 people and 15 turn up it is very, very hard on your business.”

While kumara has had labour issues that will be ongoing, de Bruin says they have been able to manage this season by delaying the harvest -- moving workers to the next property when one is finished. But crops such as kiwifruit must be taken off the vines or they will go soft.

“There are some really good younger people coming through and they really stand out. But, by jeepers, you really have to go through a lot of people to find good people.”