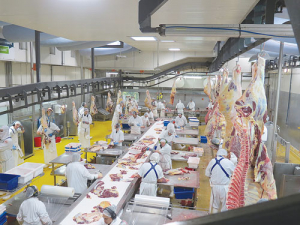 The CPTPP is being considered a win for New Zealand's meat industry.

According to Esther Guy-Meakin, Beef + Lamb NZ’s manager international trade, over the next 15 years those tariffs will fall to 9% “which is obviously quite a big win for us”, she told Rural News.

Estimates show the meat industry expects to save $60 million in tariffs into Japan once CPTPP is fully implemented.

On December 31, 2018 the CPTPP came into force and everyone in the 11-country trade deal had to make their first tariff cut and then in January everyone made their second, she says. Because of Japan’s financial year they were allowed to make their second cut on April 1. That brought the beef tariff down to the 26.6%.

“With the Japanese market the agreement also puts us on a level playing field with Australia, which has had a deal in place for a few years. That has meant they have an advantage,” says Guy-Meakin. “The CPTPP puts us on the same footing as Australia so we will have the same preferential access as them.”

Beef exports to Japan are about 4% of NZ global beef exports by volume, but of high value.

Guy-Meakin says while we have free trade agreements with many other CPTPP countries, we didn’t with Mexico, Peru, Canada and Japan.

“That means we [now] get a good deal with those countries too,” she says.