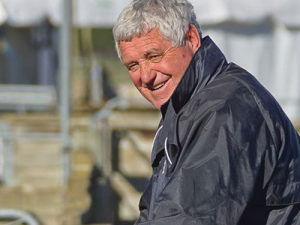 “It’s in early days, as far as the impact on trading is concerned, but I think we will see quite a change in New Zealand agriculture,” he says.

“One of the things we’ve seen already is buyers of stock asking a lot of questions about where stock have come from, what their history is.”

He says saleyards are already practising good hygiene, but the industry as a whole is still working though the controls to be put in place.

Moore says there had been no great change in the numbers of animals going though the saleyards, noting that infected herds under movement control go nowhere except straight to the works.

“But we’ve also continued to see spread of the disease around the country, or have done to date, so we can only rely on the information provided by our sellers that the farms are clear and the animals are clear.”

Moore says a change for PGG Wrightson is that all staff who go onto farms are being issued with hygiene kits to carry in their cars and are expected to clean their boots going on and off every farm.

“This is not a stock and station problem, this is an industry problem and we all need to work very closely together to eradicate this disease.”

“We should have a real crack at doing it. New Zealand has been clear of all these diseases virtually forever so it’s important that we try to eradicate it and give it our best shot.

“One thing we have to be mindful of is the farmers who are affected and are losing their herds.

“We need to have empathy with those people; it is going to be a very tough time. As a community we have to look after those people,” said Moore.

Stock agent Peter Walsh, of Peter Walsh Associates, Timaru, says his agents are waiting to hear from MPI what protocols might now be put in place.

“We need to have clear direction on what is accepted for shifting cattle around properties, from one property to another, into saleyards, into freezing works,” he told Rural News.

“What is the accepted process now to do that? If we’re going to eradicate it... we’ve all got to be on board with it.”

Saleyards already practise good hygiene by washing out the pens between sales, Walsh says. At MPI’s suggestion the Temuka yards have also been putting bactericide in the water troughs since March.

“But of course, we’re not absolutely sure of the wider picture and what we should and shouldn’t be doing, so we were just doing that ourselves.

“With the latest announcement, one needs to wait and see what the process is for selling and moving cattle. That must come from MPI saying ‘these are the rules’.”

Walsh says MPI had been good to deal with, but is in a difficult position in not knowing what the end result will be.

“Now they’ve got a clear direction, so everyone associated in New Zealand – farmer or stock agent or truck driver or whoever – must now become familiar with whatever is the accepted process for moving stock.”