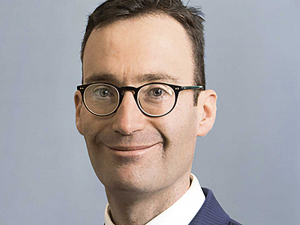 The rules-based multilateral trading system, including the World Trade Organisation (WTO), is more important than ever for international trade.

Chapman Tripp says the system is under significant stress and its rules need to be updated to reflect innovation and global disruption.

“There needs to be an update to the rule book to address reform on new issues that weren’t part of the global trading system when the rules were written, such as digitalisation, climate change and sustainable development,” says Chapman Tripp international trade expert and partner Daniel Kalderimis.

In this year’s International Trade – Trends and Insights publication, the firm took stock of international trade in 2019 and looks ahead to 2020.

Uncertainty and disruption are key themes with the most immediate area of concern being the future functioning of the WTO’s dispute settlement system. As of December 10 the Appellate Body ceased to function because it had insufficient members to hear an appeal.

That is because of disagreements over its operation that have led the US to block the reappointment or appointment of members.

“This is an issue of significant concern for New Zealand. As a small, export-dependent country we rely on legal rules and processes to advance and defend our interests.”

“We are also an innovation hub and that gives us good reason to be optimistic.”

Despite the uncertainty, there were success stories and positive and exciting developments in 2019, he says.

These include the conclusion of the NZ-China Free Trade Agreement upgrade, talks initiated on a climate change and trade agreement, the digital economic partnership with Singapore and Chile, and continued success on the world stage for ground breaking New Zealand companies.

Proactive and well-prepared farmers and lenders stand to gain from the introduction of the Farm Debt Mediation scheme, according to Scott Abel and Bridie McKinnon from law firm Buddle Findlay.

A Waikato farming company has been slapped with a $63,000 fine for unlawful discharging of farm effluent.