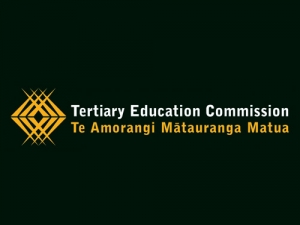 The Tertiary Education Commission (TEC) says Agribusiness Training Ltd has been told to repay $6.24 million after an independent investigation.

The investigation found Agribusiness Training had failed to deliver some vocational education programmes in line with its funding agreement.

However, the training provider has gone into liquidation and the repayment is in doubt.

TEC chief executive Tim Fowler says TEC's monitoring prompted it to take a closer look at Agribusiness Training in 2014, primarily because of significant sub-contracting arrangements it undertook on behalf of other institutions.

The Deloitte investigation found five Agribusiness programmes delivered fewer teaching hours than its NZQA programme approvals specified. Two of these were significantly under-delivered – the Certificate in Land Based Skills and the Certificate in Horticultural Industry Practice.

Agribusiness is a Southland-based private training establishment which offers education and training in agriculture, horticulture, equine, safety and apiculture.

Fowler says Agribusiness knew the rules, and could expect to have to refund tuition subsidies for breaching them. "The TEC has found in some cases Agribusiness has not provided the teaching it was funded to deliver. This effectively means that between 2009-2014 Agribusiness received $6.24 million (GST-exclusive) more than it was entitled to for the education services it provides."

It should be noted that NZQA is confident that Agribusiness has conducted student assessments correctly and that student qualifications are valid.

The situation had been complicated by Agribusiness's decision to go into liquidation on 21 October, says Fowler. "The liquidation may affect our ability to recover the funding due to us. However we are obviously most concerned at this point about what the liquidation might mean for current students."

NZQA says the agencies' priority is ensuring students are supported at this time and that there is as little disruption as possible to studies. NZQA is working closely with Agribusiness to support students and if required, will help make alternative arrangements for their study. This may be an uncertain time for students and all efforts are being made to keep students fully informed over the coming days.

Ban irrigation at your own peril

IrrigationNZ has hit back at a call for a five-year ban on new irrigation schemes.

More learning on the job

Primary ITO, the industry training organisation for the primary sector, is launching new qualifications for the agriculture sector this month.

Waipaoa Station Training Trust is holding an open day on June 6 and 7 as part of its selection of cadets for 2016.

A common mistake people make is ‘waffling’ to their pups and dogs in sentences or by repeating a command over and over again. In a dog’s mind the command is lost in the burble.