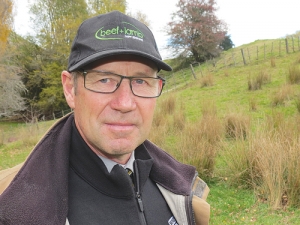 Waipaoa Station Training Trust is holding an open day on June 6 and 7 as part of its selection of cadets for 2016.

The two-year cadet training scheme is based at Waipaoa Station, a commercial sheep and beef farm 70km from Gisborne.

Each year five new cadets are selected, to learn practical skills and sit in classroom lectures. The cadets live on the station.

Training manager Geoff Hornblow says the open days allow would-be cadets and their families to see exactly how the course operates and how it links with work on the station.

Open days visitors get to talk to members of the trust and to cadets who are there on the day. They can gather some of the information they will need later if they lodge an application for a place on the course.

Hornblow says each year they get about 45 applications, interview 25 people and eventually select five. The final selection is made in September and the cadets begin the course the following January.

Waipaoa works with other similar training institutes such as Smedley in Hawkes Bay and Otiwhiti Station near Hunterville. Applicants who miss selection for one of these may be selected for another.

More learning on the job

Primary ITO, the industry training organisation for the primary sector, is launching new qualifications for the agriculture sector this month.

The Tertiary Education Commission (TEC) says Agribusiness Training Ltd has been told to repay $6.24 million after an independent investigation.

Primary Industries Minister Nathan Guy recently launched a new scheme to lift the productivity and profitability of sheep and beef farmers in Manawatu-Whanganui.