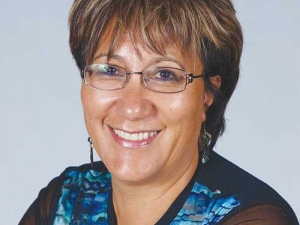 Taratihi chair Mavis Mullins. “This should not have happened and we’re confident actions taken will ensure they don’t happen again.”

The Wairarapa institution is to repay $7.5 million to the Tertiary Education Commission (TEC) after an independent investigation showed it had not delivered several vocational education programmes in accordance with its funding agreement with TEC.

No students will lose qualifications awarded.

The TEC decision follows an independent investigation by Deloitte and a serious fraud investigation is also underway. Chief executive Donovan Wearing died suddenly this year after the investigation was launched.

Incorrect systems for Recognition for Prior Learning (RPL) – where practical experience can be assessed towards gaining qualifications – appears to be at least one major issue behind the centre’s breaches.

Interim chief executive Dr Linda Sissons says in one case 67 tutors were enrolled as students in a programme offered at Taratahi in 2013.  While this is not uncommon, Sissons says the process was not properly followed.

“Someone should have realised we were not fully compliant and fixed it.”

Asked by Rural News to elaborate she said tutors and staff do enrol in courses – often to gain the qualifications of their institution or the courses they’re teaching.

“These staff, like all students, would be expected to go through the approved learning hours if funding is sought for the training. In most cases though, tutors are experienced and what they need instead is an assessment of their competency – Recognition of Prior Learning (RPL) is the technical terms for this. Funding cannot be claimed for RPL.”

In terms of students, Sissons says many of the college’s students are already working and have skills, which means they can reach industry and educational standards in less than the time required for the full-time programme. But Sissons says the mistake was not adjusting the enrolments accordingly and this resulted in overpayment.

“The failure seems to have been the result of inadequate monitoring and reporting controls.”

Explaining this to Rural News, Sissons says many students on the part-time programmes came with a degree of practical experience.

“They were able to complete the training and reach the required educational levels in less than the approved time for the training,” she says.

“What should have happened was that the hours claimed should not have included Recognition of Prior Learning.  We did not have the systems to differentiate between the students who should have had RPL hours and those who did not.  That’s where the non-compliance occurred and we’re working to fix that system now.  We’ve also stopped [teaching] by contractors in the meantime.”

Sissons says although students were understandably surprised by the announcements last week that $7.5m in repayments was required, they understand there is no question about the quality of the education and the training gained.

“It is business as usual for them.  Taratahi prides itself on training safe skilled workers to meet industry needs and we know the agricultural sector values people with a Taratahi qualification.”

The TEC independent investigation showed Taratahi had not delivered several vocational education programmes in accordance with its funding agreement with TEC.

The Taratahi board is working with the TEC on full repayment, including repaying at least $1.13m in 2015, TEC says.  Taratahi has agreed the TEC will appoint a financial advisor to support this process, while ensuring Taratahi can continue its training.

“The funding rules are clear and tertiary education providers know them well. If providers are delivering less education than they are being funded for, as Taratahi has done, we will seek repayment,” TEC chief executive Tim Fowler says.

The TEC engaged Deloitte to investigate in October 2014 after getting an anonymous complaint that tutors at Taratahi had been enrolled in a course to make up for a shortfall in student numbers. The tutors were over-qualified for the course, which some of them were also teaching.

After being alerted to the complaint Taratahi did an internal review which it provided the TEC.

The Deloitte investigation, which focused on the TEC’s funding agreements, showed several instances of non-compliance. Taratahi: