US facility no longer wants to deal with NZ 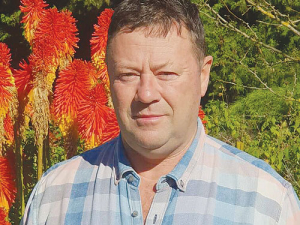 A top US facility that globally supplies the latest cultivars for the pipfruit and stonefruit industry has lost interest in dealing with New Zealand.

An industry member blames the way the Ministry for Primary industries has dealt with the pipfruit and stonefruit issue.

“That is massive -- a huge negative for our industries because that is the main clearing house for material to be sent all around the world,” Kerry Sixtus of Pattullo’s Nurseries at Akaroa told Rural News.

It is a “significant development” which needs diplomacy and the minister may need to step in, he says.

Sixtus is one of five industry members who challenged in the High Court MPI’s directive to destroy or contain thousands of pipfruit and stonefruit plants over biosecurity concerns. It says the way MPI handled that issue and their communication with the US facility has caused “big issues”.

The material originated from the US facility with questions over paperwork from the centre but also MPI’s failure to carry out required audits over several years. A High Court decision has overturned MPI’s directives, but the industry early last week was still trying to establish communication with MPI on a way forward.

The judge found that the MPI directions, issued under s116 of the Biosecurity Act, were unlawful and has directed MPI to reconsider. The judgment encouraged MPI to work with the industry to develop and agree a more appropriate set of directions that address their key biosecurity concerns. Yesterday, MPI issued revised directions that apple and stonefruit growers found disappointing.

Meanwhile, Sixtus says the CPCNW had issued a statement saying it is not interested in re-accreditation for export to NZ again.

“That is significant. They have said they basically can’t be bothered anymore. That is probably as much as anything else because of the process MPI has taken with its communication.

“They went and did an audit and pulled out after day one and didn’t even finish the audit. They then spent months before they made communication with Prosser (the location of CPCNW) so it did not have an opportunity to look at the draft audit report. These kinds of things just didn’t happen in a manner constructive for international relations.”

If CPCNW does not want to deal with NZ that causes big problems, Sixtus says.

“All those cultivars that come out of the US, all those summerfruit cultivars… that’s the main breeding force around the world out of California.

“We now have to look at other ways of getting them into the country and that is huge.

“We might have to send them to other institutions around the world; they are full, they don’t have space. If we send someone overseas to specifically investigate that kind of process it could be 13 years before we could really get material back in and up and running. That is a long process.”