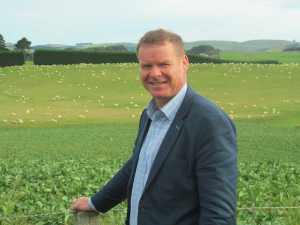 According to the latest Rabobank Farmer Confidence Survey, New Zealand farmer confidence remains deep in negative territory, with significantly more farmers pessimistic than optimistic about the year ahead.

The quarterly survey – taken during September – found farmer confidence across NZ fell to -32% down from -26% previously. It also discovered that more farmers are now expecting the rural economy to deteriorate during the next 12 months.

It points out that the chief contributor to the lower confidence reading was markedly lower sheep and beef farmer sentiment, negating higher confidence levels reported among both dairy farmers and horticulturalists. Rabobank says this negative sentiment is driven by lingering concerns over government policy and the on-going impacts of Covid-19.

“More than half of all sheep and beef farmers with a pessimistic outlook cited government policy as a key reason for concern, with many likely to be worried about the potential for freshwater regulations announced in late May to negatively impact their operations,” Charteris added.

However, while confidence in the broader economy lifted among dairy farmers and growers, Charteris said there were still more farmers in both those sectors adopting a pessimistic stance over an optimistic one.

“As with their sheep and beef counterparts, pessimistic dairy farmers cited government policy and Covid-19 as the most two most pressing concerns for the ag economy, while horticulturalists identified overseas markets as their major source of apprehension.”