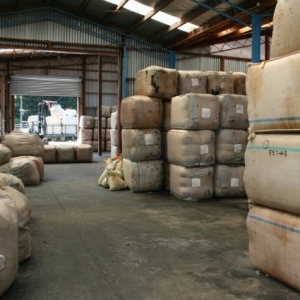 The weighted indicator for the main trading currencies weakened 0.96% compared to the last sale on January 24 however this favourable factor had limited impact on local prices.

Dawson advises that mid micron fleece were firm to 4% cheaper. Fine crossbred fleece and longer shears 32 to 35 micron were generally 2 to 4% cheaper with the shorter types 1.5 to 3.5% easier.

Coarse crossbred fleece were 2.5 to 6% weaker with the coarser, poorer styles affected the most.

Coarse shears were generally 2 to 6% cheaper except a small offering of the shorter types in the South Island which were between firm and 4.5% stronger.

First lambs were 2 to 4% cheaper. Longer coarse oddments were generally unchanged overall with the shorter types generally 3 to 5% easier.

Overall it was a mixed market with targeted buying between types and selling centres with local shipping requirements playing a major role. Chinese buying will slow now as businesses start closing for the Chinese New Year celebration.

In this latest sale there was limited competition with China the principal, supported by Australasia, Middle East, India, Western Europe and the United Kingdom. The next sale is on February 8 comprises about 8100 bales from the North Island and 6200 bales from the South Island.