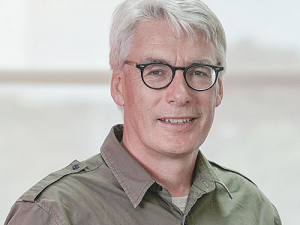 Auckland company Texus Fibre is preparing to tap into the multi billion-dollar global market for facemasks — and NZ woolgrowers are likely to benefit from the deal.

Texus Fibre is a leader in developing functional materials derived from wool.

An agreement with Auckland company Healthy Breath Ltd (HBL) will see the wool-based Helix filter from Texus used in a new generation of urban face masks marketed to Asian consumers.

But this type of mask – with filters made from specifically bred high country sheep – potentially has a global market for any urban area with polluted air.

The filter technology also has a wide range of other applications which Texus is working on.

Texus chief executive Nick Davenport says the filter used in the masks is a perfect opportunity to move wool up the value ladder.

Poor air quality claims seven million lives annually. Consumers in countries such as India and China buy facemasks worth US$2 billion each year, and sales grow in double digits every year.

HBL has taken a stake in Texus Fibre to build on the work developed over five years by Texus and its research partners who include Wool Industry Research Ltd, AgResearch, AgMardt, Callaghan Innovation, NZTE and Nexus Foams Ltd.

Davenport says: “At the very heart of this is a New Zealand story, that of high-country sheep producing the world’s greatest natural fibre.”

They want to pay farmers in their programme a premium for the specially bred wool.

Davenport told Rural News that countering air pollution is a strategic market for them following their success in commercialising products for industrial respirators. They started manufacturing the product four years ago, from science developed at CSIRO (Commonwealth Scientific and Industrial Research) in Australia.

“We invested another four years in science, working out what made it work,” he says.

They determined that wool fibre has key attributes in its performance as an air filter. There are plenty of air filters globally which are mainly synthetic and do a good job, says Davenport. So does wool, but it also has key advantages.

Wool is natural, a renewable biodegradable resource which doesn’t contribute to the problem they were trying to resolve in its production, manufacture and disposal.

“We have researched those functions. They are applied by people familiar with the wool story in clothing – footwear and active-wear. It is thermo-regulating and that is to do with the ‘regain’ -- the ability to manage moisture.”

Breath is a particularly humid environment and wool functions well in it.

“Wool is one of the most positively electrostatically chargeable fibres that exist,” he says.

“We have examined what the traits are to produce that and what it takes to produce a good filter. An electrostatic air filter takes microscopic nano-sized particles out of the air as though it were a virtual dust magnet. Those are the harmful particles that injure your lungs. It does that in a particularly satisfactory and high performance way.

“Then we found out that due to the nature of the fibre and its structure that we could produce a filter which could act at very low breathing resistance – very low pressure drop. That’s another advantage in a respiratory filter. So if you can have high efficiency and low pressure drop together, that is best-of-breed. So that is what we have produced.”

Texus is now focussing on filter media which applies to thousands of different applications worldwide. “Filter media is the opportunity for us because it improves people’s health,” Davenport explains.

“A filter may hold only a gram of wool, but you would pay a reasonable price for a filter which is the most comfortable, easiest to breathe through and protects you from particles and toxins.

“There are millions of people around the world who are in need of protection.”

Their latest deal is a distribution agreement for greater Asia, of which China is the most affluent and receptive market but no means the only one.

Many people in Asian countries use surgical masks which are only nominally effective against air pollution and other industrial products. The white disposable facemasks you see people wearing in industrial situations are not very comfortable and are designed to meet workplace regulations, he says.

“We don’t make masks, we make filter media which enables people to make the best masks in the world.”

The first licensee they signed mid last year was Nexus Foams which is licensed to manufacture products using the materials. They have a licensee, a California customer called O2 Today. They started selling their masks throughout Asia at the end of 2016.