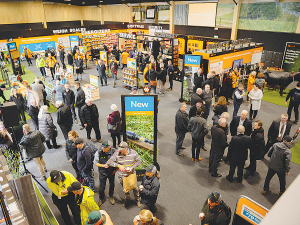 Best known for its eShepherd system, Gallagher has been a minor investor in Agersens since 2016. It suggests that the acquisition will allow it to develop the technology further and drive commercial expansion in Australasia and beyond. The technology is a result of the original, licensed intellectual property - developed by the Commonwealth Scientific and Industrial Research Organisation (CSIRO) - that demonstrated how cattle can be trained to stay within "virtual" boundaries using a combination of audio signals and aversive electrical pulses.

The system is designed to allow farmers to control the location and movement of cattle via a web-based application and a solar powered, counter-weighted neckband, connected to the internet via a base station. Boundaries can easily be drawn around entire properties or selected areas within a property, using a tablet or smart device, while also offering real-time information of individual animal locations.

In practice, when an animal moves towards the 'virtual' fence, they are given an audible warning. If they fail to back away, they are given an electrical pulse that is less than that of an electric fence - causing discomfort rather than harm. Animals are said to quickly learn to respond to the audible cue alone before any electrical pulse is required.

Recent fully-subscribed trials in New Zealand and Australia have shown that the system is particularly effective when used in rotational grazing.

It removes the risks of over/under grazing as well as helping to reduce the environmental footprint by excluding animals from sensitive areas - such as streams, rivers or riparian plantings.

Palmerston North headquartered Strautmann Hopkins Ltd imports the extensive range of Strautmann Muck Spreaders for farmers and contractors, built by the German builder that calls on over 60 years of development, manufacturing and experience in the field of specialised spreaders.