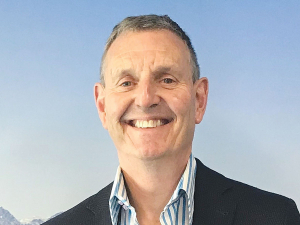 The Tractor and Machinery Association (TAMA) has appointed Phil Holden as its new general manager.

Holden took over from Kirsty Fyfe in early April and brings extensive experience in leadership and strategic roles within the primary industry. He is the former executive officer for the New Zealand Shearing Contractors Association and chief executive of the Royal Agricultural Society.

Meanwhile, TAMA recently announced its President’s Award-For Service to the Agricultural Machinery Industry to Merv Avery of Transag Palmerston North. TAMA president John Tulloch noted that Avery had earned a formidable reputation, over many years, for providing farmers in the Manawatu with outstanding service.

“Having come from a background in service and working as a mechanic, he has built up an extensive knowledge of tractors and machinery,” Tulloch added. “This knowledge, combined with his special touch of putting customers first, meant that Merv became the go-to advisor and trusted partner in a huge number of deals with large-scale farmers and contractors.”

Meanwhile, TAMA’s 2021 Plasback Emerging Talent Award was given to Oliver Bertram, a technician at Tulloch Farm Machines. Meanwhile, the TradeMe Emerging Talent in Sales was handed to James Mitchell who is employed by Norwood.

Molly McDougall from Drummond and Ethridge of Nelson was awarded the National Fieldays Society-Emerging Talent in Parts Award.