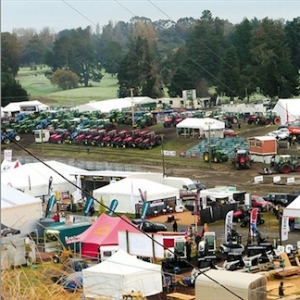 New Zealand tractor sales have hit their highest level in a decade.

Tractor registrations rose 8.8% to 925 in July-September, from the same quarter in 2014, according to Land Transport Safety Authority figures recently published by Statistics NZ.

This reflects orders taken at National Fieldays in June, helping tractor registrations rise to their highest level since the December 2004 quarter when they reached 970.

Farmers’ spending is said to have risen this year on tractors, farm bikes, milking machines, irrigators, ploughs and harvesters. Fonterra’s record $8.40/kgMS payout to dairy farmers for 2013-14 partly explains the spending. So does the higher value of the NZ currency; the NZ$ reached a record 82.03 in July when measured against a basket of major currencies on a trade-weighted basis, reducing the price of imported farm machinery.

“Farmers were particularly cashed up through the middle of the year and around the time of Fieldays they would have been looking hard at new kit which would have included tractors,” says ASB Bank rural economist Nathan Penny.

“Many would have ordered then and those orders may not have been filled straight away; they would have come through in the months that followed, so that includes the September quarter.”

Tractor sales in the next quarter and beyond are expected to fall back as Fonterra drops its forecast payout.

Aussie machinery sector booms on back of government incentive

New tractor sales in Australia look to be on track to hit the 14,000 mark for the year.

With tractor sales for the first half of 2015 down 17% on the same period in 2014, the Tractor and Machinery Association (TAMA) sees strong prospects for a recovery long term.

Local tractor sales hold up despite tougher times on farm

As we approach National Fieldays, the foggy season has arrived in Waikato, but it’s not all gloom and doom.

The world tractor market for 2014 is estimated to be about 2.1 million units, which showed a slight decline and high regional variation.